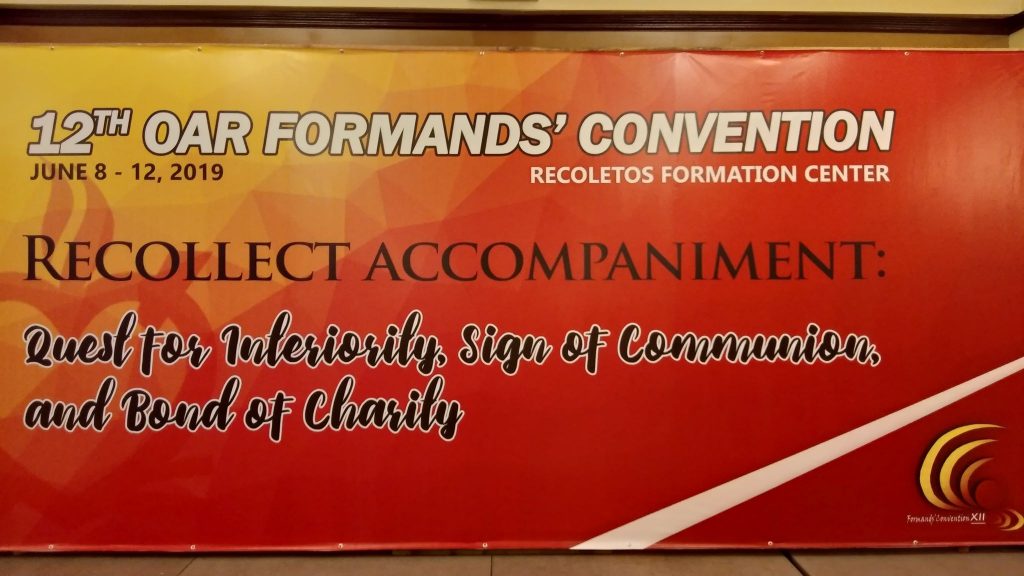 Mira Nila Homes, QUEZON CITY–The formands of the Province of St. Ezekiel Moreno are gathered for the biennial convention known as OAR Formands’ Convention from June 8-12, 2019. Usually held at Casiciaco Recoletos Seminary in Baguio City, this year for the first time, the community of Recoletos Formation Center in Quezon City hosted this gathering. This year’s theme is: “Recollect Accompaniment: Quest for Interiority, Sign of Communion, and Bond of Charity.”

At 8:15 PM, the seminarians from Baguio arrived. Immediately after settling down, the participants had their dinner at Bulwagang Recoletos where the opening program was scheduled. Fray Lauro Larlar, OAR, Prior of Recoletos Formation Center, welcomed the formands. Fray James Erold Gatinao, OAR, Chairman of 12th OAR Formands’ Convention, formally opened the gathering. The coristas energetically rendered a dance presentation that gave their younger brothers a touch of warm welcome. Before the day ended, the chairman of each committee called for a meeting to finalize the activities and matters needed for the convention.

In pictures, here are the moments captured for the first day of the 12th OAR Formands’ Convention: